Review in Brief: Children Are the Sunshine - Asheba 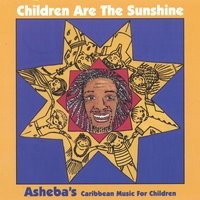 Trinidad-born and Bay Area-based, Asheba released his third kids music album, Children Are the Sunshine (2006), earlier this month. Asheba's music draws on his Caribbean heritage, employing reggae and calypso styles on kids' standards and his originals. The strong points of the CD? There are some tracks I enjoyed -- the reggae-fied version of "All Around the Kitchen," for example, or an original version of an alphabet song ("ABC (Alphabet Story)"). But his CD fails to draw enough attention to Asheba's reported strengths as an improvisational artist or storyteller. There isn't always enough musical variety within a song to merit the 4- to 5-minute track lengths of many song, and sweet story songs like "Picoplat Calypso" were more the exception than the rule. And I was disappointed that the album didn't include a single song with steel drum, which Asheba can play.

Asheba is reputedly very popular in the Bay Area, and is working on a Putumayo Kids recording. I hope that that next album, especially with the backing of Putumayo, allows Asheba to use a broader array of instruments and larger number of musicians, thereby drawing out more of the qualities fans see in his live shows. Children Are the Sunshine isn't a bad album, it just doesn't do enough to showcase Asheba.
Posted by Stefan at 8:31 PM
Email ThisBlogThis!Share to TwitterShare to FacebookShare to Pinterest

Who Is This Guy?